PETAL’s work began in 2011 with a presentation and discussion on cervical cancer for lesbian and bisexual women. PETAL is the brainchild of founder and coordinator Simone Hill who, in 2003, observed that very little advocacy was being done for the women of the LGBT community. Her decision to do something about the gap in support slowly materialized in her work under UniBAM as the vice president to address some of the needs of the les/bi population.

Since that first discussion in 2011, Ms. Hill sought the support of resourceful women who could assist her in serving the les/bi population.  The term ‘conversation’ was coined in 2012 after her encounter with Dr. Abigail McKay, a social activist, who agreed to support Ms. Hill in her advocacy endeavors. Conversations have become a critical component of PETAL’s work to foster social, economic and gender justice for women with a particular focus on lesbian and bisexual women.

Officially incorporated on December 29, 2015, as a legal body, a Not-For-Profit, Non-Governmental Organization. The founding directors served as a pro-tempore board consisting of a President - M. Simone Hill, Secretary - Ifáṣínà Efunyemi, Treasurer - Charrice Talbert and a technical adviser - Dr. Abigail McKay. With an engaged membership of over 60 women, PETAL held its first general membership meeting in December 2018 where the first Board of Directors was elected.

To achieve social, economic and gender justice for all women in Belize especially les/bi women through advocacy and empowerment.

PETAL is the brainchild of founder Marla Simone Hill who, in 2003, observed that very little advocacy was being done for the women in the LGBT community. Her exposure to LGBT empowerment in the United States broadened her ability to identify deficiencies in the lives of lesbian and bisexual women in Belize to live the best quality of life afforded under the constitution for every citizen in Belize. Doing something to address the identified issue slowly gained urgency in her efforts and later materialized in her work under the only then existing LGBT+ organization, UniBAM. As the vice president of UniBAM in2011 Ms. Hill got an opportunity to address some of the needs of the les/bi population.Since that first discussion in 2011, Ms. Hill sought the support of resourceful women who could assist her in serving the les/bi population.
‍
The term ‘conversation’ was coined in 2012 after her encounter with a human rights defender and women’s empowerment social activist, who agreed to support Ms. Hill in her advocacy endeavors.

PETAL, like many legally constituted non-profit organizations in Belize, has a clear direction and focus with a mandate for its target group – lesbian and bisexual women. Its logo is a frangipani flower and bud encircled by the name, in multiple colors. The key colors of the organization are fuchsia pink and royal purple. Its motto is enshrined in its principal objective foster social, economic and gender justice.

Each committed ally, supporter and member engaged in the PETAL organization commits to safety and empowerment of the community of women in Belize with a specific focus on lesbian and bisexual women.

Notwithstanding it has a core group of allies as technical and professional support in addition to sponsors and volunteers, PETAL’s governance membership, including its board, is limited only to women who identify as lesbian or bisexual in their sexual orientation. Lesbian and bisexual women have full membership with voice, vote and opportunity to advance to the highest level of organizational leadership. Other women fully engage as supporters with a voice but no vote and a limit in their ability to advance for organizational leadership.

Officially incorporated in December 2015 as a legal body, the founding directors and supporting ally served as a functioning board consisting of a president, secretary, treasurer and technical adviser until 2018 when, with an engaged membership of over 60 women, PETAL held a general membership meeting and elected its first seven-member Board of Directors.

PETAL Board of Directors 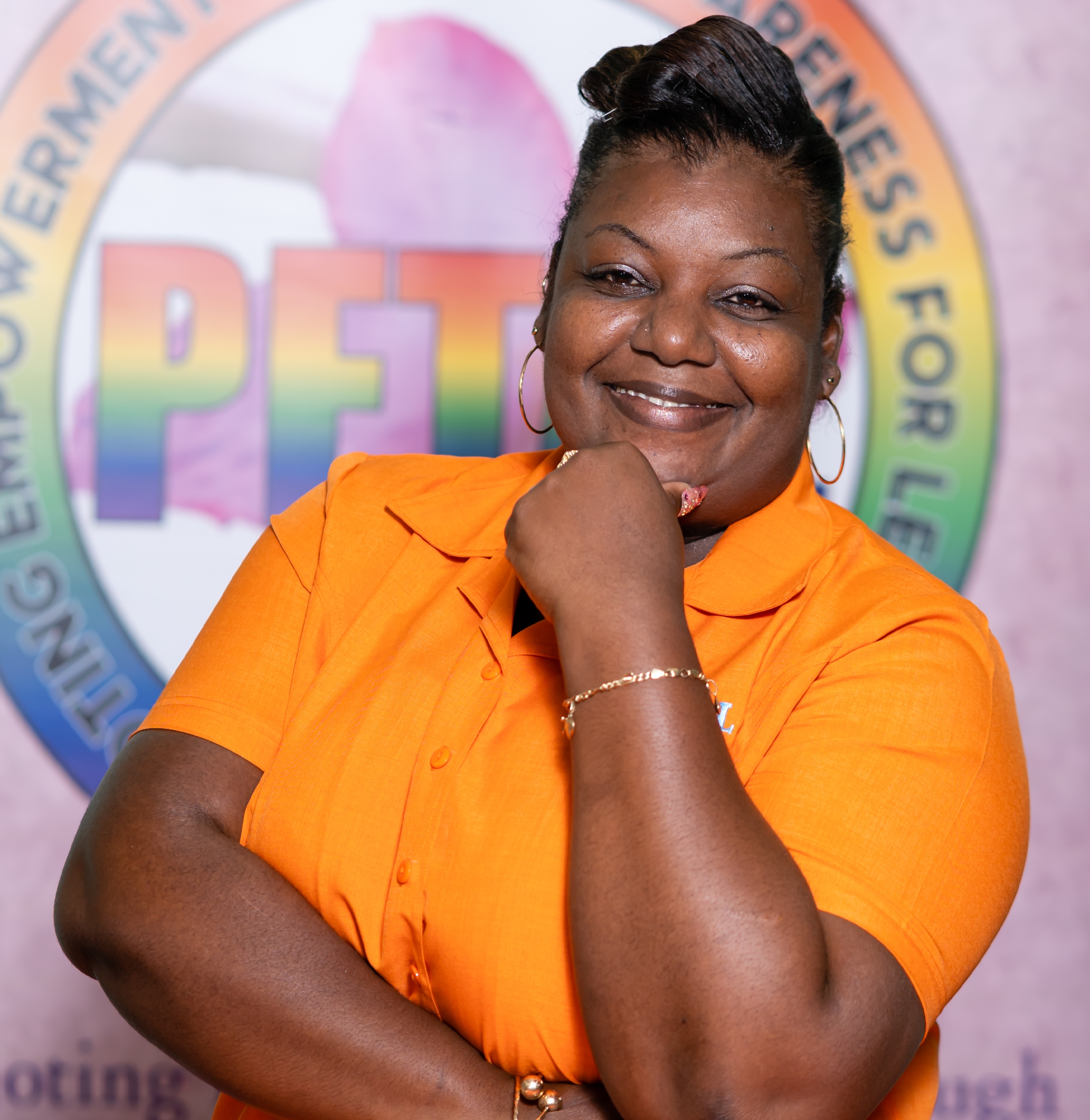 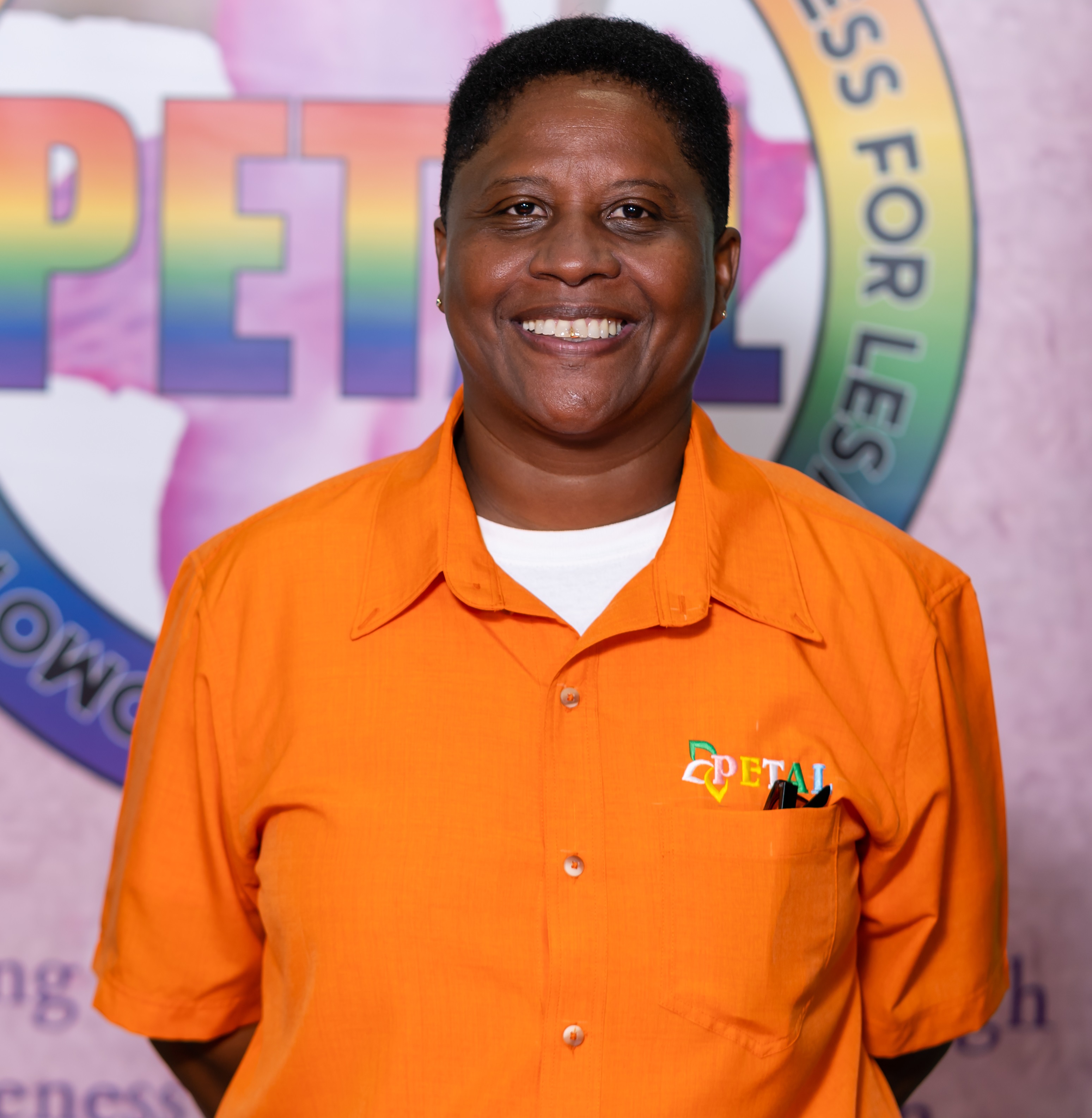 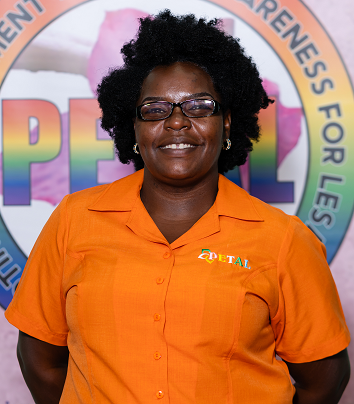 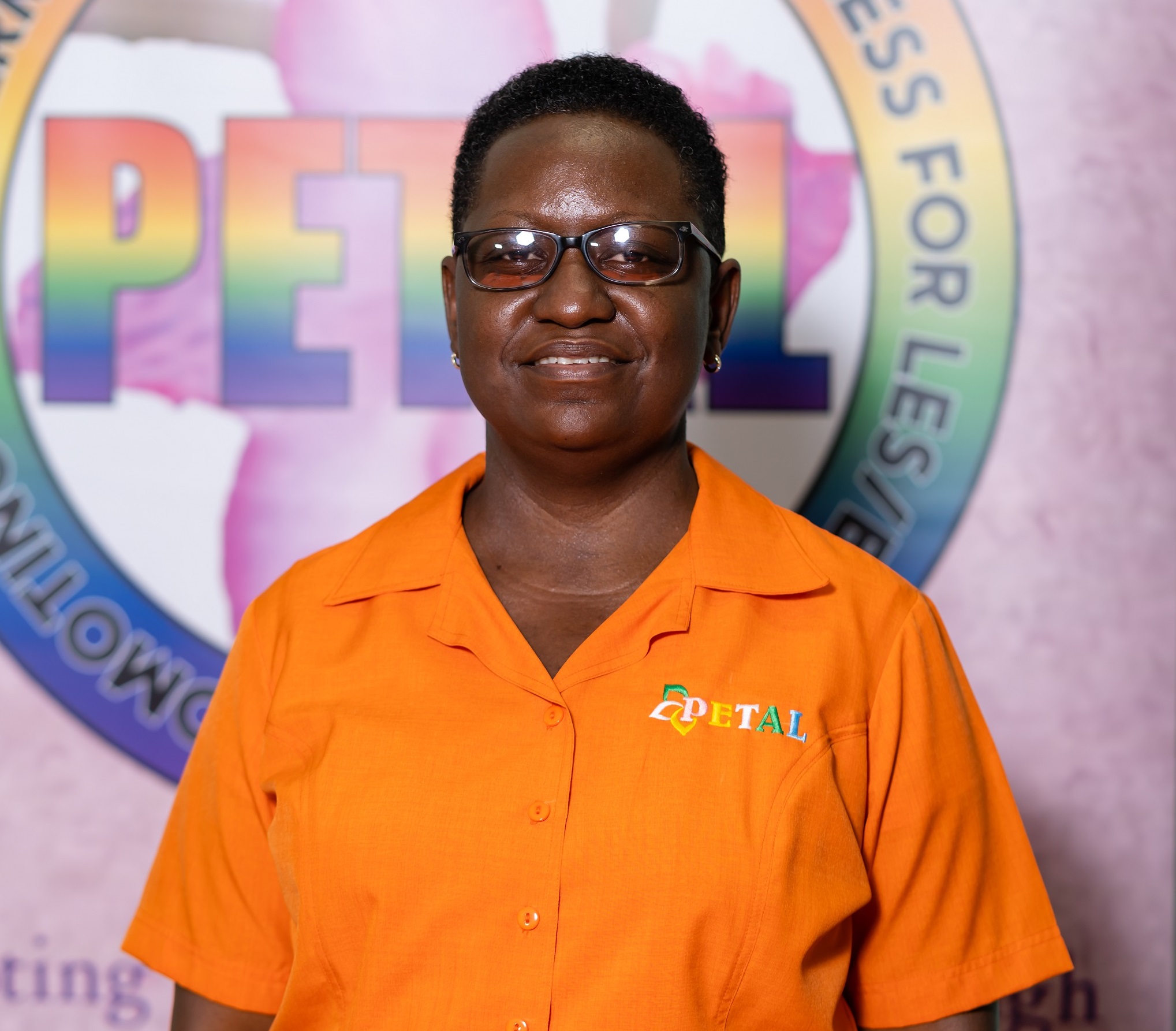 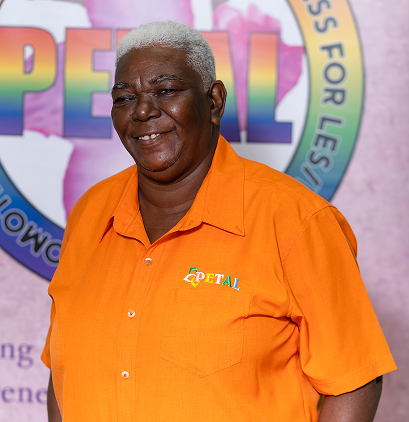 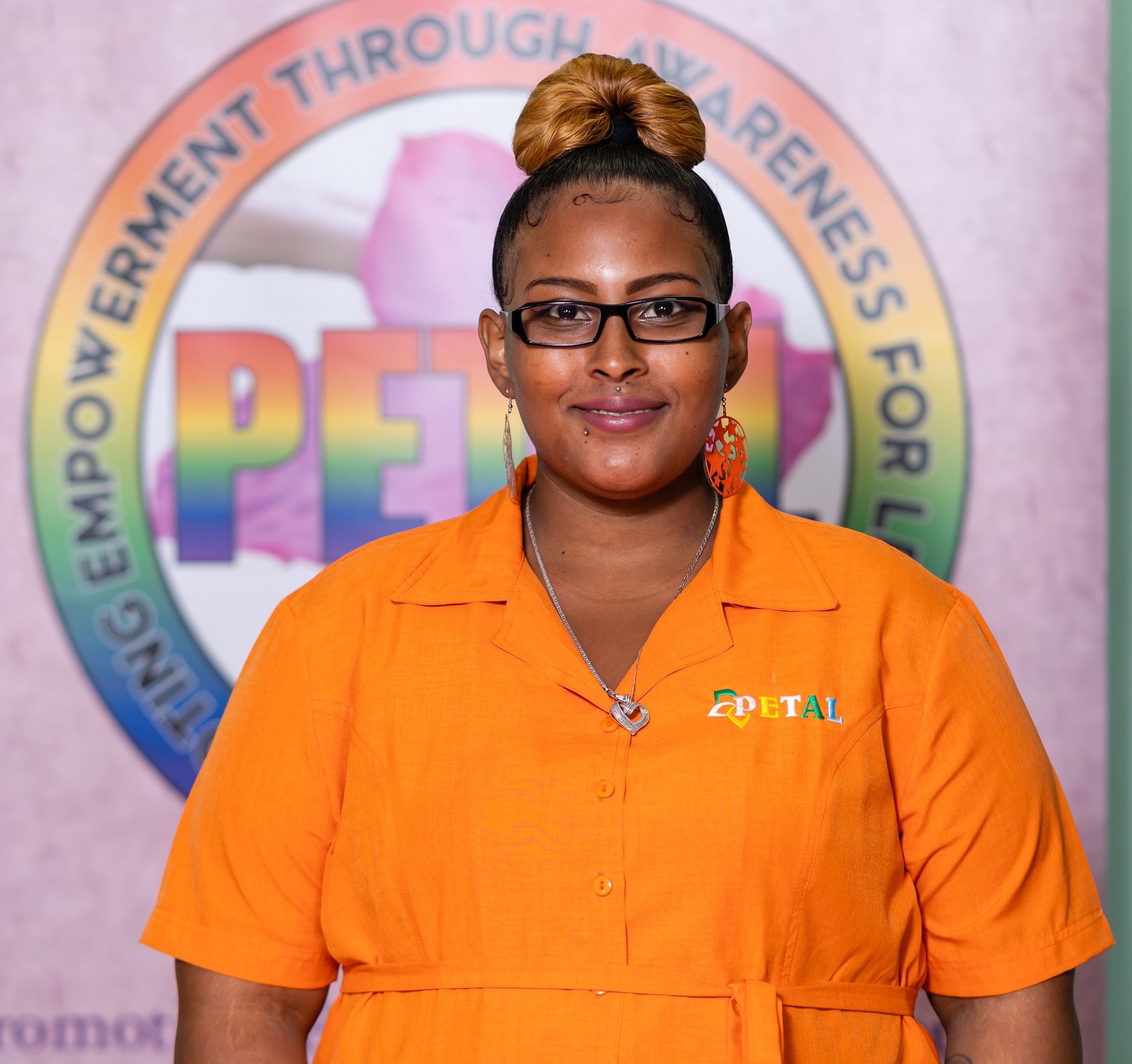 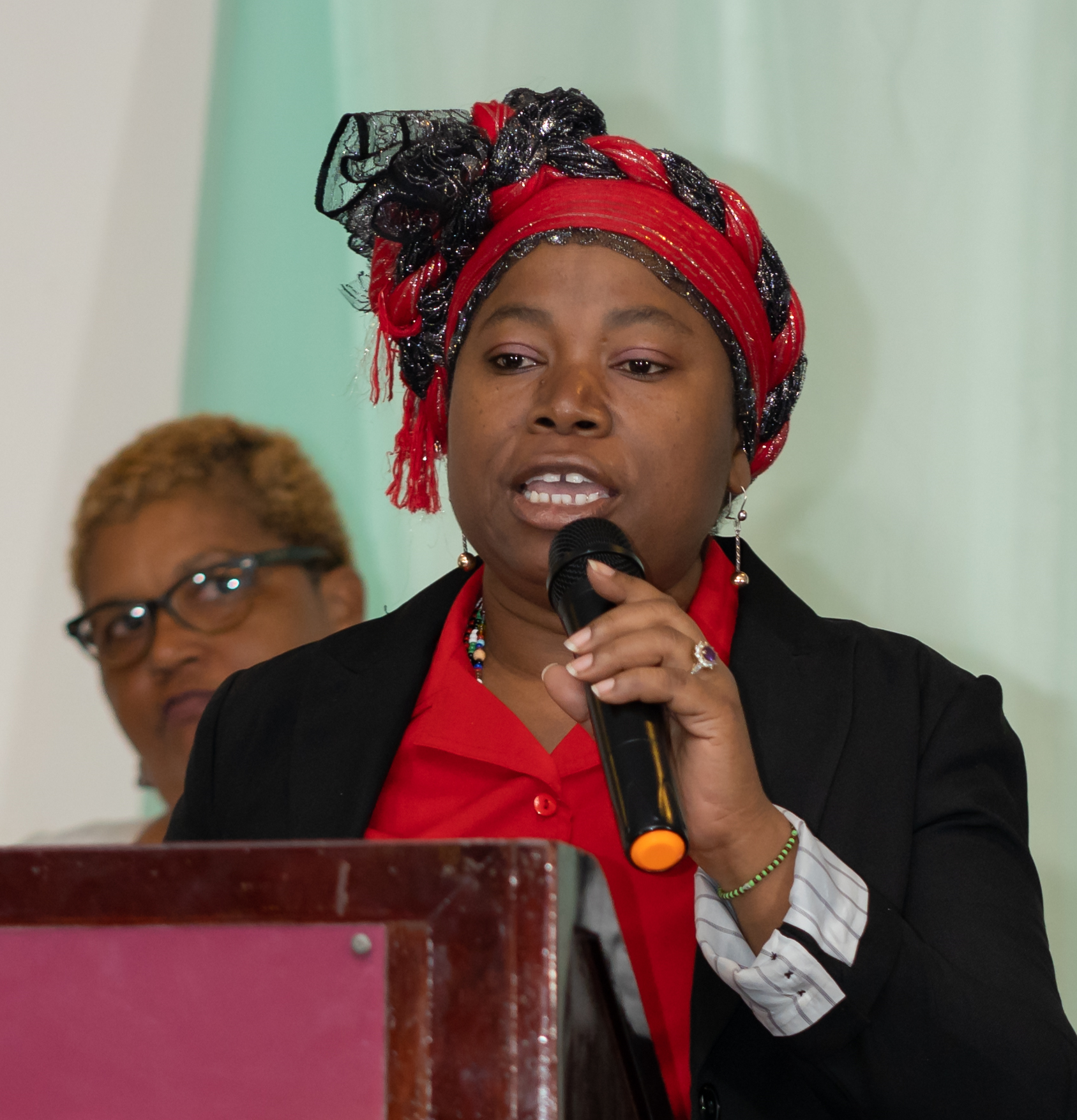 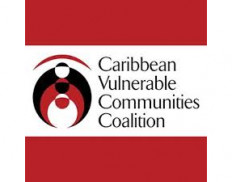 is a coalition of community leaders and non-governmental agencies that are advocates and service providers, working with and on behalf of Caribbean populations who are especially vulnerable to HIV infection or often forgotten in access to treatment and healthcare programs. These groups include men who have sex with men, persons of trans experience, sex workers, people who use drugs, orphans and other children made vulnerable by HIV, migrant populations, persons in prison and ex-prisoners, and youth in especially difficult circumstances.
‍
PETAL has been successful in receiving several other small grants through CVCC.In 2015 PETAL received its first small grant from CVCC. This grant allowed for the organization to do capacity building for the organization and continue its signature “Conversations”, become a signatory in the SIDney database (shared incidence database) which logs human rights violations and train several Peer Educators/Navigators in Building Understanding of the Difficulties and Dilemmas In Engaging Services (BUDDIES).

COC
‍Netherlands is a Dutch organization for LGBT people. COC originally stood for Cultuur en Ontspanningscentrum, which was intended as a "cover" name for its real purpose. Founded in 1946, it is the oldest existing LGBT organization in the world.In 2016 PETAL signed on to a five (5) year agreement for the (PRIDE)-Partnership for Rights, Inclusivity, Diversity and Equality Program with CoC Netherlands which ends December 31st 2020. The organization with the support of CoC Netherlands, has been able to achieve two (2) out of three (3) of its goals set for the five (5) year engagement. Within the PRIDE program, PETAL has completed two (2) needs assessment of its members that spans throughout the Country of Belize, documented impact stories and done a Lessons Learned. 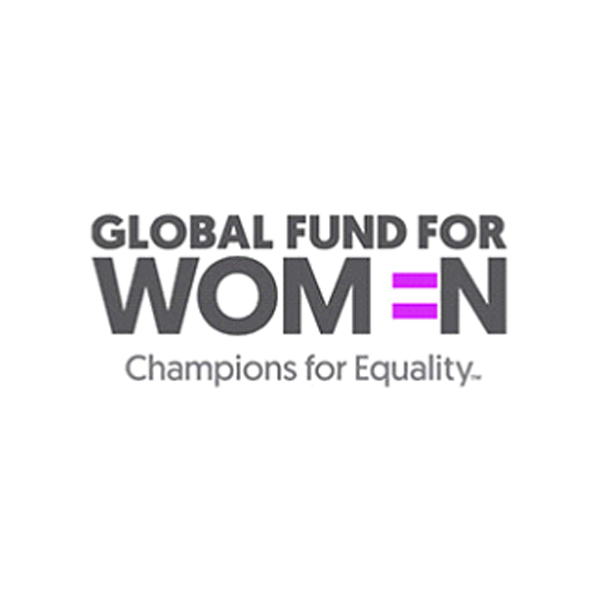 Global Fund for women
‍The Global Fund for Women is a non-profit foundation funding women's human rights initiatives. It was founded in 1987 by New Zealander Anne Firth Murray, and co-founded by Frances Kissling and Laura Lederer to fund women's initiatives around the world. It is headquartered in San Francisco, California. In 2020 PETAL signed unto a two (2) year program with Global Fund For Women to continue our work to provide safe spaces, psychosocial support, capacity building, personal and professional development training and skills building for women’s empowerment. 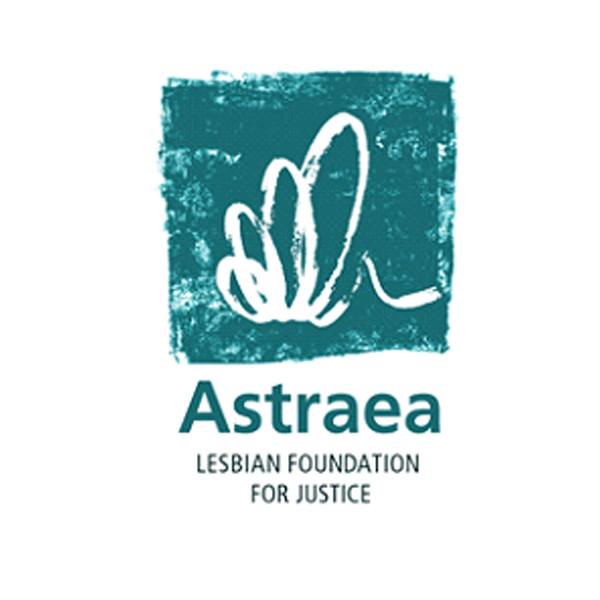 Astraea
‍The Astraea Lesbian Foundation for Justice is an international charitable foundation based in the United States focused on issues related to LGBT and intersex rights. The organization provide grants to individuals and organizations, promotes philanthropy, and provides capacity building assistance. PETAL is currently a grantee providing a one year legal review desk to continue to ensure that women are able to seek gender justice. It also captures Personal and Professional Development Training and Psychosocial Support.